Jiang Guohua, the Communist Party secretary of Mianzhu city, kneels on the ground pleading with protesting parents, whose children were killed in a school collapse during China's recent devastating earthquake, not to complain to higher authorities, in Mianzhu, Sichuan province. Despite Jiang's pleas, the parents of the 127 children who died in the collapse kept marching Sunday and eventually met with higher officials, who told them the government would investigate. 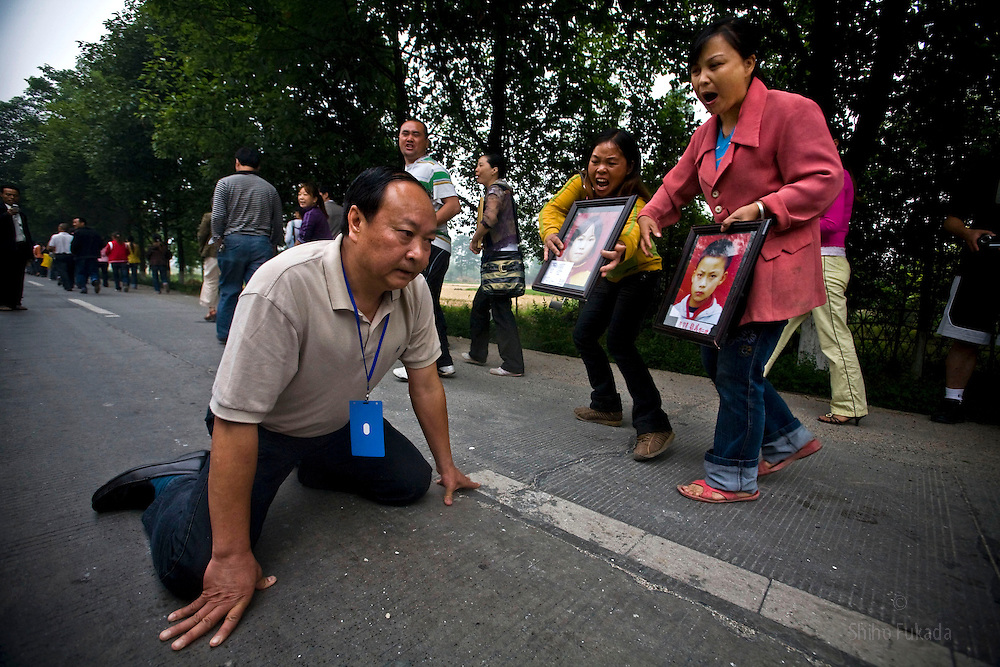